In the middle of March, my company gave the green light for almost every team member to start working remotely during the pandemic. We were a few days ahead of most other large companies in Detroit, so we were all trying to figure this new way of working that would quickly become the norm across the country. On a Thursday afternoon, my leader sent me an IM asking me to start thinking about what it would take to quickly build a landing page for the City of Detroit to use for scheduling COVID-19 tests. The team I lead at Quicken Loans is responsible for the digital storefront, so we had the right people and skills to help with his kind of initiative.

By that evening, I was on a call with the City of Detroit and learned that what they actually needed was much more involved than a landing page. The mayor of Detroit had brokered a deal with a lab in New Jersey that was willing to process 500 tests a day for city. There was a catch: the city had to figure out all of the logistics and technology on their own. So that meant that the city had to figure out how to setup a drive through testing facility, collect patient data, schedule and conduct the test, transmit the data to multiple government agencies and the lab, and then route test results back to patients. Our CEO had already committed the support of Quicken Loans to the city, so in addition to myself, my leader, and our CIO, we also had people on the call from our Government Relations team, as well as Event Management.

We were ready to be part of the solution, but our CIO wanted to make sure to level set on expectations. He put it bluntly to the Mayor and his executive team: What you’re asking for is a year of work. The response form the city: Yes, and we need it in 10 days. By Friday morning we were off to the races, and by Saturday afternoon we would learn that situation in Detroit was taking a sharp turn for the worse. Spending 10 days to build a years worth of software was no longer an option; we would have to go live by day 5.

Read the full story in this Medium article that I published on the Rocket Technology blog. 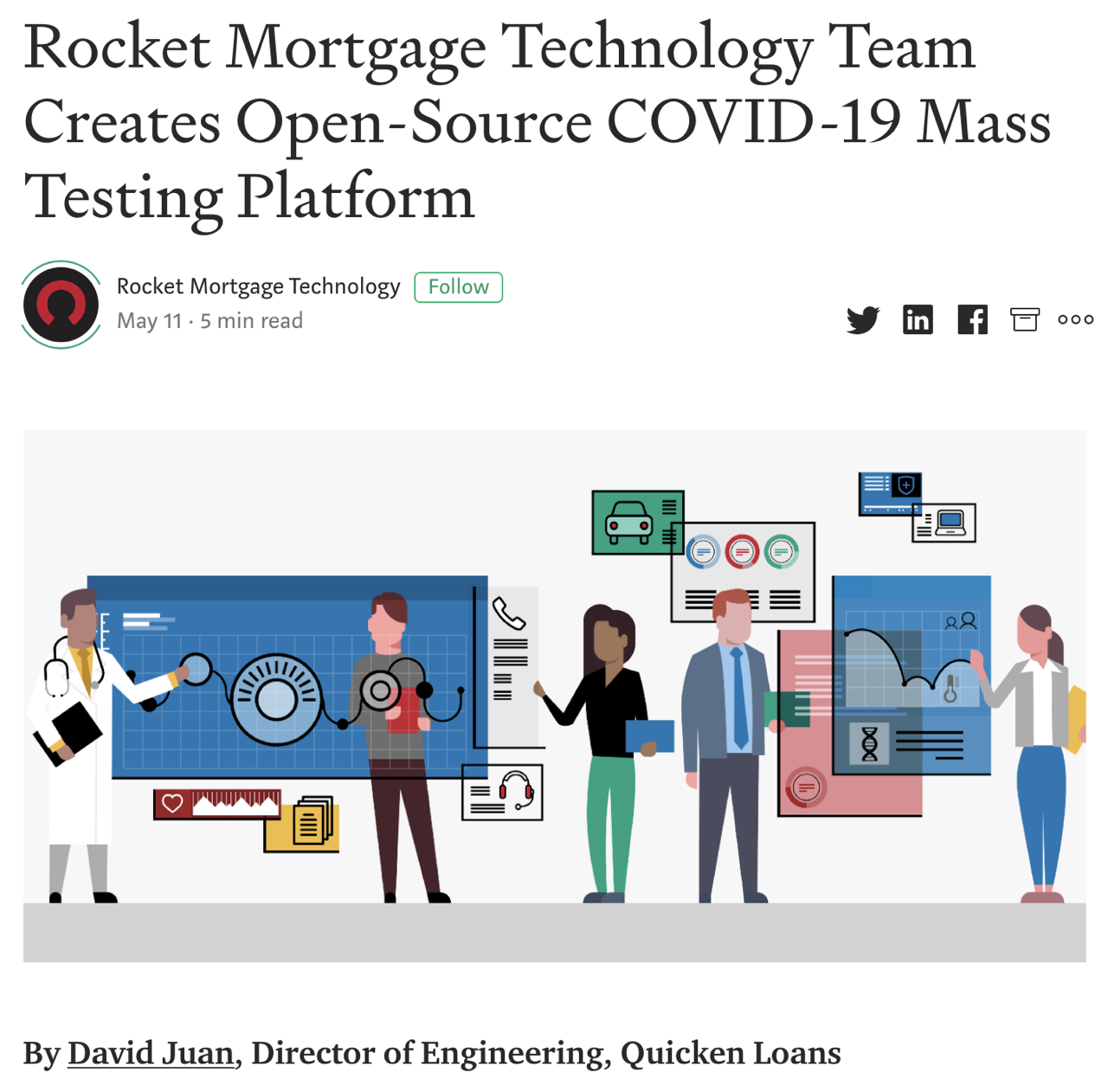